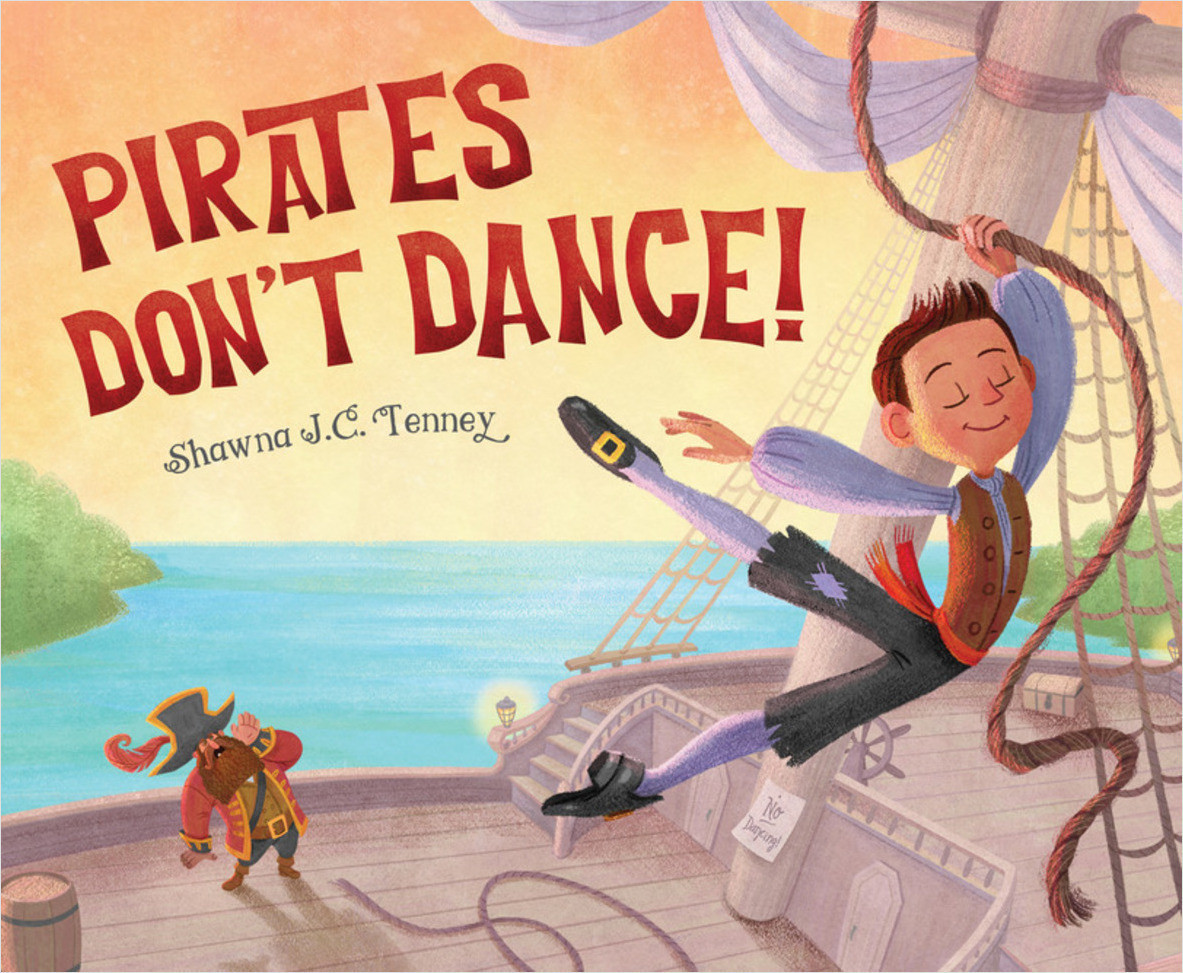 Jack longs to be a pirate. He loves everything about the job, from the peacefulness of the ocean to the opportunity to make new friends to the excitement of exotic travel. Jack also loves to dance, from the graceful glide of the glissade to the energetic leap of the grand jeté; to the controlled kick of the grand battement. In fact, Jack often dances as he does his pirate apprentice chores. Unfortunately, Captain Squinty Eye's number one pirate-ship rule is PIRATES DON'T DANCE. Dancing is too silly and not fitting for a rough, tough pirate. What will it take for Jack to convince Captain Squinty Eye that dancing is not a bad thing, and may even help Jack be a better pirate? Or will Jack and his dreams get tossed overboard? An empowering and relatable story about staying true to yourself and following your dreams. Back matter includes explanations of dance movements, as well as definitions of pirate speak.