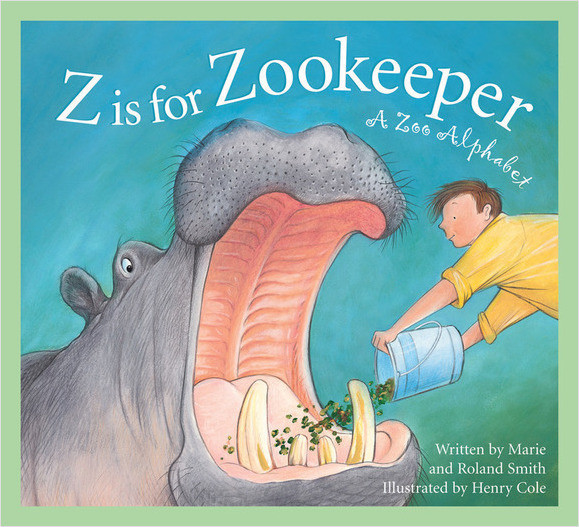 Z Is for Zookeeper

The polar bear are splashing in their pool. The monkeys are having the time of their lives in the trees. The lion peacefully observes his surroundings. The zoo is a great place to see animals from all over the world in one place. But who takes care of them and their home the zoo? The zookeeper. In Z is for Zookeeper: A Zoo Alphabet children will learn that he's probably the busiest person there. And if you don't see the zookeepers, rest assured they're doing their job and doing it well. After all, someone has to feed, clean, nurse and clean up after this diverse adopted family. Who better to write an exploration into this trade than a zookeeper and his wife? Roland Smith brings his 20 years of experience and passion to every line in Z is for Zookeeper. Children will have a front seat into the inner workings, challenges and rewards of a day in the life of the zoo. This trip to the zoo wouldn't be complete without the whimsical animals and settings that spring from school-favorite artist's Henry Cole's expert brush strokes. Z is for Zookeeper: A Zoo Alphabet is a true original, exploring a rarely seen side of one of America's favorite family attractions. As a great keepsake of a fun day or as an educational tool on career day or a fun read before lights out, this detailed account of the zookeeper is sure to change the way readers see the zoo.

Z is for Zookeeper: A Zoo alphabet - Teaching Guide