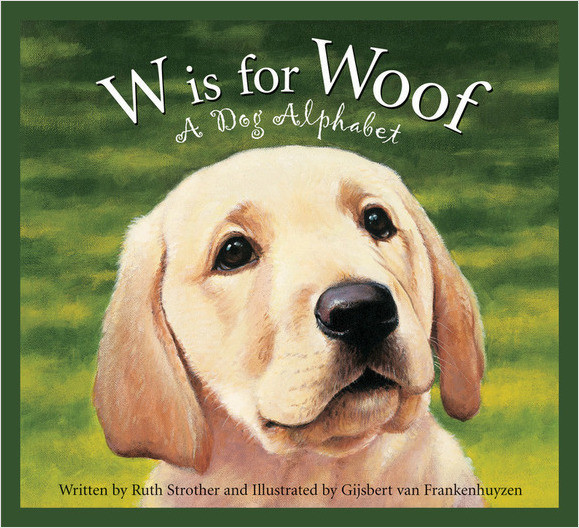 W Is for Woof

What walks on four legs, runs in a 1,150-mile race, detects bombs, tracks bad guys, and still enjoys an afternoon of chasing Frisbees? It's Canis familiaris, otherwise known as the dog. Whether a mutt or purebred, the domesticated dog has been a part of human society for thousands of years. W is for Woof: A Dog Alphabet offers a canine course through simple rhymes accompanied by informative, entertaining sidebar text. Subject matter includes behavior, obedience training, grooming, and health care. O is for Obedience A dog who sits, and comes, and stays, and, overall, one who obeys, is calm and happy and carefree because she knows how she must be. After reading W is for Woof, you will have a better understanding of what makes "Rover" tick from the top of his head to the tip of his tail.Ruth Strother was the first editor-in-chief of BowTie Press, the book division of Fancy Publications which publishes magazines such as Dog Fancy and Popular Dogs. Her books for children include My Pet Dog, which was nominated for the 2000 ASPCA Henry Bergh Children's Book Award. Ruth lives in southern California. Artist Gijsbert van Frankenhuyzen has illustrated more than 20 books with Sleeping Bear Press, including the bestselling The Legend of Sleeping Bear; Mercedes and the Chocolate Pilot; Friend on Freedom River; and his popular Hazel Ridge Farm stories. Gijsbert lives in Bath, Michigan, with his wife, Robbyn. They both travel to schools in the Great Lakes area.

W is for Woof: A Dog Alphabet - Teaching Guide