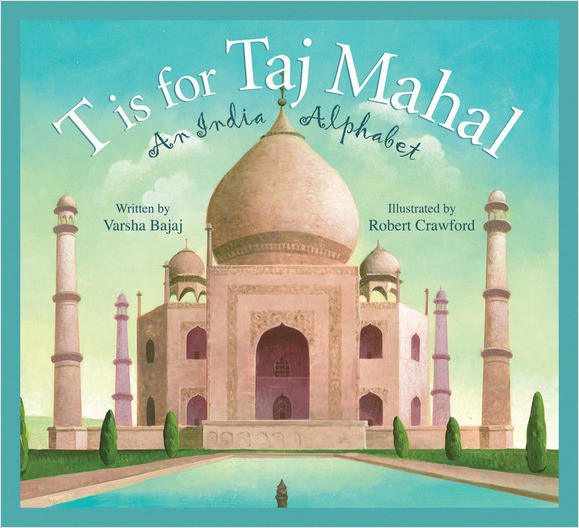 T is for Taj Mahal

From the quiet grandeur of the Himalaya Mountains to the urban city of Calcutta, T is for Taj Mahal: An India Alphabet showcases India's exotic treasures. Visit the haunting Taj Mahal, a tribute from an emperor to his dead wife. Traverse the bustling streets of Mumbai, the second most populated city in the world. Sample a traditional meal fragrant with garam masala spices, or attend a cricket match where some games have lasted up to five days! Varsha Bajaj was born in Mumbai, India. Her book, How Many Kisses Do You Want Tonight?, was named to the 2005 Texas Library Association 2X2 Reading List. Varsha lives in Houston, Texas. Robert Crawford's paintings have appeared on the cover of major magazines such as The Atlantic and U.S. News and World Report, as well as books. He also illustrated Sleeping Bear Press's The Legend of the Old Man of the Mountain. Robert lives in Woodbury, Connecticut.