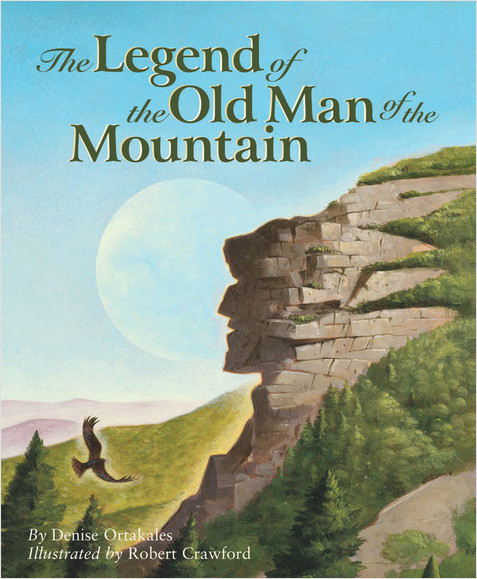 The Legend of the Old Man of the Mountain

For centuries, the Great Stone Face has kept silent watch from Cannon Mountain, high above the Pemigewasset River. But who is the onlooker and for whom does he keep vigil? Though from warring tribes, Mohawk maiden Minerwa enchants Chief Pemigewasset, and with their union comes peace for many years. But when Minerwa leaves to visit her dying father, Pemigewasset must stay behind. Denise Ortakales recounts the legend of Chief Pemigewasset, whose steadfast love and devotion to his wife is forever honored in his profile on the mountainside. Denise Ortakales graduated from the Art Institute of Boston, where she studied illustration and children's literature. Having grown up in the shadow of the Old Man, it was natural for her to write about it as a school assignment. Years later, when the granite formation fell, she knew it was time to share that story with others. This is her first book as an author. She has illustrated several picture books, including Carrot in My Pocket and Good Morning, Garden. Denise lives in Laconia, NH, with her husband and two sons. Artist Robert Crawford graduated from the Rhode Island School of Design. His paintings have appeared on the cover of major magazines such as Fortune, Business Week, The Atlantic and U.S. News and World Report, as well as book covers for major publishers including Random House, Penguin/Putnam, and Avon. Robert's work has won numerous awards and has been selected for permanent collection by the United States government and major corporations. Robert lives in Woodbury, Connecticut.