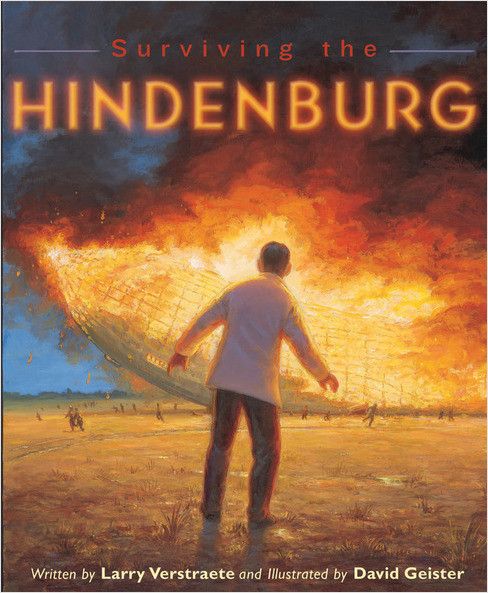 On May 6, 1937, the giant German airship the Hindenburg was destroyed by fire as it attempted to land at Lakehurst Naval Base in New Jersey. Of the 93 people on board, a remarkable 62 survived, including Werner Franz, the ship's 14-year-old cabin boy. In Surviving the Hindenburg, writer Larry Verstraete recounts young Werner's story of the airship's final voyage. Through Werner's memories young readers will explore the inner workings of the giant airship, marvel at the breathtaking vistas from its observation windows, and hold their breath during Werner's terrifying escape from the fiery devastation. "My mind didn't start working again until I was on the ground," Werner said later. "Then I started running." Captured in detailed, dramatic artwork, the story of the doomed airship comes alive for readers and history buffs of all ages. Larry Verstraete's book, S is for Scientists: A Discovery Alphabet, was named a 2011 Outstanding Science Trade Books for Students by the National Science Teachers Association. He lives in Winnipeg, Manitoba. David Geister's work has been featured in The History Channel Magazine. His books include B is for Battle Cry: A Civil War Alphabet. He lives in Minneapolis, Minnesota.