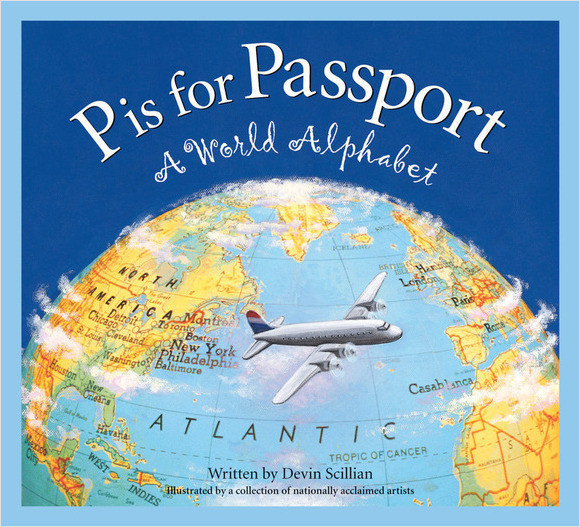 P is for Passport

Celebrating the diversity in our world while cherishing our similarities, P is for Passport takes readers on a whirlwind tour of all the delights of the globe. From the everyday concerns of people everywhere for such things as bread and currency, to the wonders of our world such as deserts and volcanoes, Passport offers a fascinating variety of topics and ideas to explore. Author and journalist Devin Scillian was born into a traveling family. With a career Army officer for a father, Devin grew up all over the United States and all over the world. His career as a television journalist added even more stamps in his passport and he continues to cherish each and every one. Devin, his wife Corey and their four children make their home in Grosse Pointe, Michigan. Devin also anchors the news for WDIV-TV, the NBC affiliate in Detroit. His books include A is for America, Fibblestax, and Cosmo's Moon. Artwork is featured from 23 Sleeping Bear Press artists, who live in live in a variety of climates, homes, and time zones.Cover artwork by Gijsbert van Frankenhuyzen.

P is for Passport: A World Alphabet - Teaching Guide