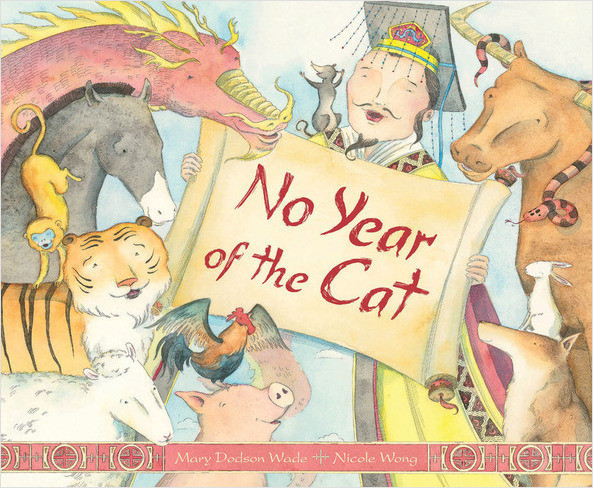 No Year of the Cat

The Emperor has a problem. He wants his people to remember the year in which his son was born. But there is no way to keep track of the years. So the Emperor devises a race in which animals will cross a river. The first twelve animals to reach the opposite side will have a year named after them. Thus, the people will be able to remember the years and the events that occurred. And so the race is set. Rat, knowing he is no match for the rushing water, schemes with Cat on how to cross the river. Together the two convince Ox to carry them across. But halfway across the river, Rat shows his true colors. Will Cat make it to the other side? Which animals will have a year named after them? Accompanied by exquisite watercolor artwork, this charming story explains the origins of the Chinese calendar.