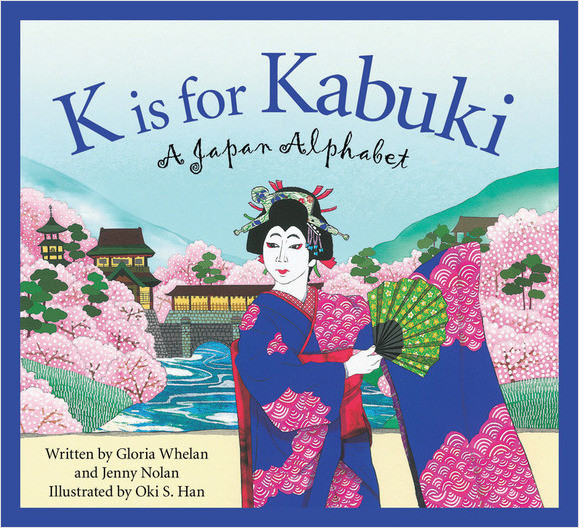 K is for Kabuki

Judo, origami, sushi - with just a few words an immediate landscape is conjured: the country of Japan. In K is for Kabuki: A Japan Alphabet, young readers are invited to travel to faraway Japan and explore its rich history, traditions, and role in today's world. Evocative artwork captures the spirit of each letter topic. O is for Origami A paper frog, a paper tree, a paper sunflower just for me, a paper fox, a paper shrew, a paper tiger just for you. From the comic relief of Kyogen theater to the meditative powers of a Zen garden, K is for Kabuki brings the past, present, and pageantry of Japan to life.To find recipes, games, interactives maps and much more for this title visit www.discovertheworldbooks.com! Gloria Whelan is the award-winning author of many children's books including Homeless Bird, for which she received the National Book Award. She lives in Michigan. A librarian by profession, Jenny Nolan has worked for The New Yorker and Rolling Stone magazines and as a researcher for investigative reporters. She lives in Michigan. Oki S. Han's book, Basho and the Fox, was a New York Times best-seller. Her books, Mr. Long Beard and My Hometown, both won the Korea Children's Book Award. In 2005 Oki was selected as Illustrator of the Year at the Bologna Children's Book Fair for My Hometown. She lives in Korea.

K is for Kabuki: A Japan Alphabet - Teaching Guide