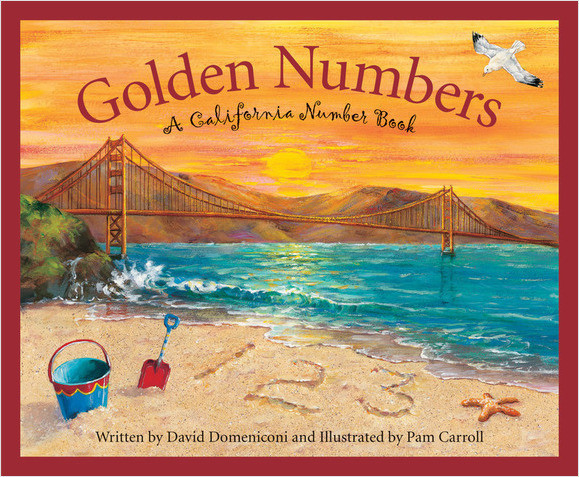 In what state can one find a basket so tiny it fits on the head of a pin; a 14-inch-long water "bully"; and a house where 22 carpenters worked 24/7 for 38 years? Why California, of course! The land of golden sunsets, golden dreams, and now golden numbers. With their clever poems and colorful artwork, David Domeniconi and Pam Carroll, the duo behind G is for Golden: A California Alphabet, continue their travelogue of the "golden state" in Golden Numbers: A California Number Book. Young readers will learn about the state's diverse wildlife, its many innovative contributions to science and industry, its stunning geography, and much more.Native Californian David Domeniconi is the author of G is for Golden: A California Alphabet; M is for Majestic: A National Parks Alphabet; and M is for Masterpiece: An Art Alphabet. His illustrated travel column, "Travelog," is a regular feature in the Santa Barbara News-Press. He lives near Healdsburg, California. Artist Pam Carroll embraces the traditional focus of realism and pictorial illusionism. Golden Numbers is her fifth children's book and her second about the state of California; she also illustrated A is for America: An American Alphabet. She lives in Carmel, California.