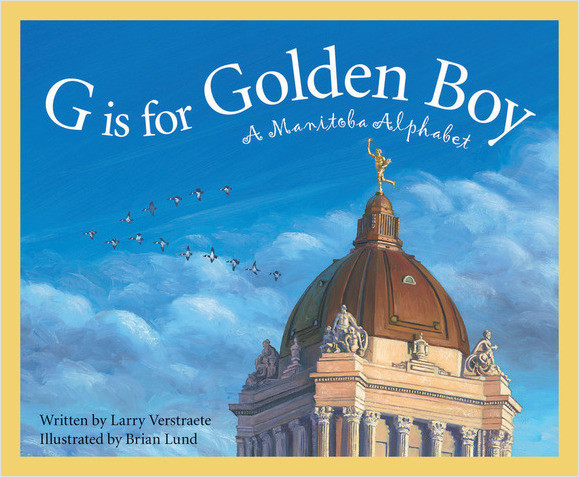 G is for Golden Boy

Where can one find a town nicknamed the "Polar Bear Capital of the World"? Or see more than 3,000 beluga whales? Or stand along a lakeshore and hear the sound of the Great Kitchie Manitou beating a huge drum? Visit the province of Manitoba in G is for Golden Boy: A Manitoba Alphabet and learn about these and other wonders, along with fascinating history and important facts. Readers can traverse northern Manitoba on the amazing Ice Roads, a 2,200-km network of temporary roads; attend a dogsled race at the Festival de Voyageur in St. Boniface; or take a trip back in time at the Canadian Fossil Discovery Centre in Morden. From the A of Ancient Shores to the Z of the Z-dike, G is for Golden Boy showcases the history and natural wonders of Manitoba.Larry Verstraete, a native Manitoban, grew up in the French Quarter of Winnipeg, a stone's throw from the Golden Boy. A former teacher, he now spends his time writing, visiting young readers in schools and libraries, and presenting at conferences and festivals. Larry lives in Winnipeg, Manitoba. Brian Lund recently retired from a career in digital mapping at the City of Winnipeg and now has time to indulge his passion for oil painting. He has a degree in Environmental Design from the University of Manitoba, and is a self-taught artist. Brian lives in Winnipeg, Manitoba.

G is for Golden Boy: A Manitoba Alphabet - Teaching Guide