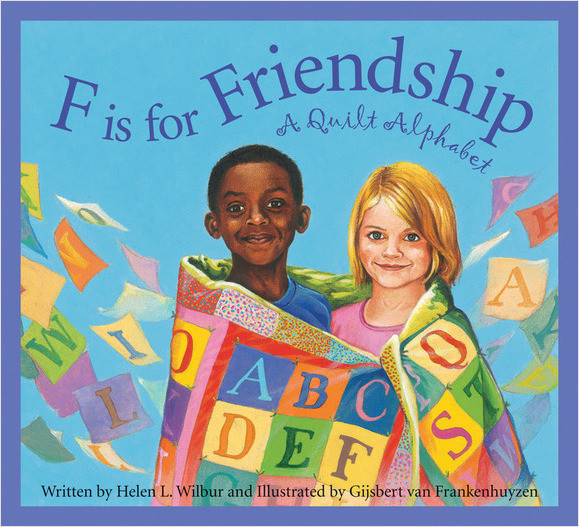 F is for Friendship

Quilting has existed for thousands of years, spanning the globe, practiced by women as well as men, and bringing together communities and generations. F is for Friendship: A Quilt Alphabet examines the subject of quilting, as an art form as well as an item of utility, tracing its early history from a cave in Mongolia to patchwork bedcoverings transported in overland wagon trains to present-day exhibits at renowned museums. Topics include patterns, inventions, and fabric choices, as well as quilts as vehicles of American history. Helen L. Wilbur also authored Lily's Victory Garden and Z is for Zeus: A Greek Mythology Alphabet. A former librarian who now works on the electronic side of the publishing world, she lives in New York City. Gijsbert van Frankenhuyzen has illustrated more than 20 books with Sleeping Bear Press, including the best-selling The Legend of Sleeping Bear and The Edmund Fitzgerald: Song of the Bell. He and his wife, Robbyn, live in Bath, Michigan.