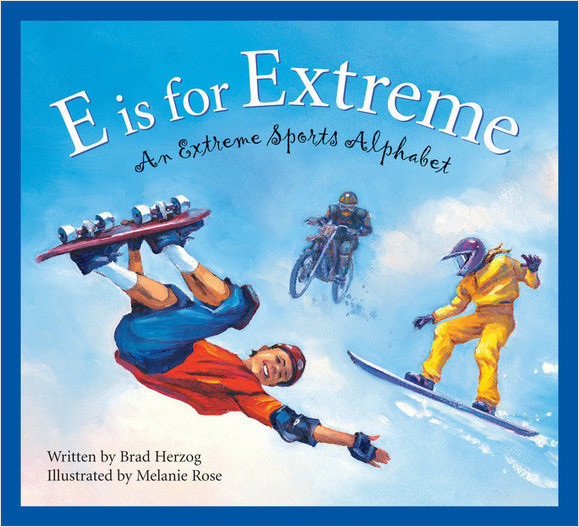 E is for Extreme

E is for Extreme indeed! From the gravity-defying rush of bungee jumping to the ultimate endurance challenge of the ultramarathon, young readers are given an armchair seat to the world of extreme sports. What makes the Iditarod sled dog race so grueling? What sports competition is only open to U.S. Army Rangers? And what famous mountaineer answered "Because it's there" to the question of why he wanted to climb Mount Everest, only to disappear on the mountain a year later? Other topics include drag racing, freestyle skiing, and kite boarding. Now thrill seekers of all ages can experience the ABC's of extreme sports.Prolific travel/sportswriter Brad Herzog has more than two dozen books to his credit, including six sports alphabet books for Sleeping Bear Press. When he's not traveling around the United States, Brad makes his home on California's Monterey Peninsula with his family. Melanie Rose has illustrated almost a dozen books for Sleeping Bear Press, including the bestselling Z is for Zamboni: A Hockey Alphabet and W is for Wind: A Weather Alphabet. Among her future book projects are a dance alphabet and an England alphabet. Melanie lives in Mississauga, Canada.