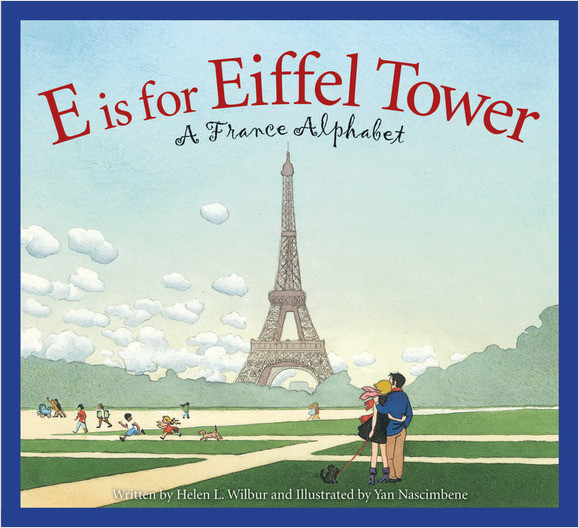 E is for Eiffel Tower

From its achievements in architecture (Chartres Cathedral), science (Louis Pasteur), and literature (Marcel Proust), the country of France has had a profound impact on the world. E is for Eiffel Tower: A France Alphabet explores its venerable history and cultural heritage. Sumptuous artwork magnifies each letter topic's poem and expository text. Artists and critics tried to stifle The daring design of Gustave Eiffel. Yet a hundred years later, still it stands A symbol of France to other lands. Young readers can experience the treasures of the Louvre Museum, play hide-and-seek in the gardens of Versailles Palace, or get a bird's-eye view of Paris from the Eiffel Tower. The achievements of Claude Monet and Victor Hugo come to life alongside stunning monuments, breathtaking scenery, and history-in-the-making moments. This is Helen Wilbur's fourth book with Sleeping Bear. Helen also authored Lily's Victory Garden; M is for Meow: A Cat Alphabet; and Z is for Zeus: A Greek Mythology Alphabet. She lives in New York City. Yan Nascimbene's work includes over 40 books. Among his prestigious awards are the Society of Illustrators' Silver Medal and the Bologna International Book Fair Graphic Award. His book, Yuki and the One Thousand Carriers, received the Society of Illustrators' Gold Medal.

E is for Eiffel Tower: A France Alphabet - Teaching Guide