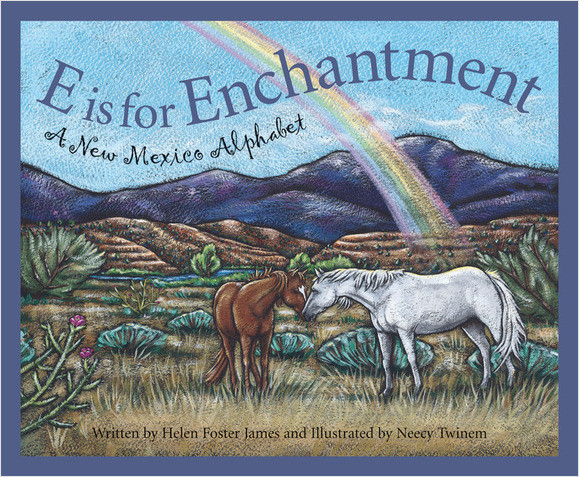 E is for Enchantment

New Mexico rightly earns its nickname "Land of Enchantment" with natural treasures such as the White Sands National Monument, Carlsbad Caverns, and the Gila National Forest. But more than a beautiful landscape, New Mexico is steeped in the mystique, history, and tradition of multiple cultures, including the ancient Aztec and early Spanish explorers. From pueblo villages and stately missions to the nuclear energy research at Los Alamos, E is for Enchantment showcases the past, present, and future of New Mexico. Helen Foster James has been an educator for more than twenty years, and is now a lecturer at San Diego State University. She received her doctorate from Northern Arizona University. One of her goals is to travel to all fifty states, and she's already visited more than half. She lives in San Diego, California, with big stacks of children's books and her husband Bob. Neecy Twinem is an award-winning children's book author and illustrator of more than seventeen published books. She earned a fine arts degree from the San Francisco Art Institute, and has exhibited her artwork in the United States and Europe. After a family trip to northern New Mexico, Neecy fell in love with the Southwest and now makes her home in the natural surroundings of the Sandia Mountains area.

E is for Enchantment - Teaching Guide