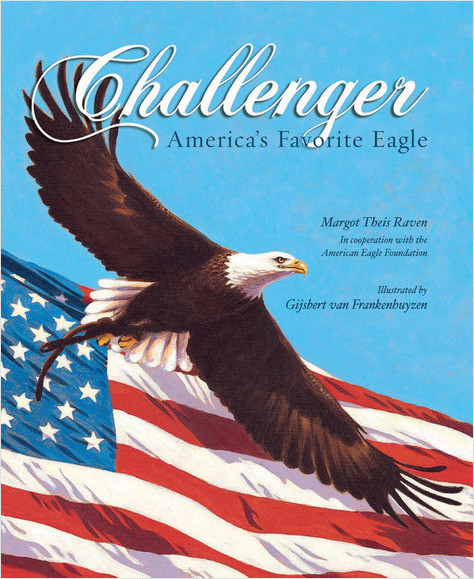 Challenger, an American bald eagle, is this country's most popular winged mascot. He was blown out of his nest as an eaglet and taken in by humans. After several failed attempts to release Challenger back into the wild, he was taken to the American Eagle Foundation. It was there that trainer Al Cecere recognized the rare opportunity to work with an uninjured eagle that had imprinted on humans. He knew Challenger, as a free flying bald eagle, a sight few Americans actually witness, could become an ambassador bringing attention to the plight of these beautiful birds. Readers will recognize Challenger from the appearances he has made -- ranging from such varied venues as the White House and the 100th Anniversary of National Wildlife Refuge System, the Pentagon and the Olympic Torch Ceremony. In addition Challenger has flown at the World Series and the 100th Anniversary of Flight at Kitty Hawk. Challenger has also appeared on Late Night with David Letterman, Good Morning America, Larry King Live, the Disney Channel, and Animal Planet. Margot Raven's first children's book, Angels in the Dust, won five national awards, including an IRATeacher's Choice Award. Her first book with Sleeping Bear Press, Mercedes and the Chocolate Pilot, was the runner-up for the 2004 Texas Bluebonnet Award. Challenger is illustrator Gijsbert van Frankenhuzen's eighteenth children's book with Sleeping Bear Press. His most recent title The Legend of the Petoskey Stone was a number one Midwest bestselling children's picture book. Gijsbert and his family live in Bath, Michigan, outside of Lansing, on a 40-acre farm where they rehabilitate injured wildlife.