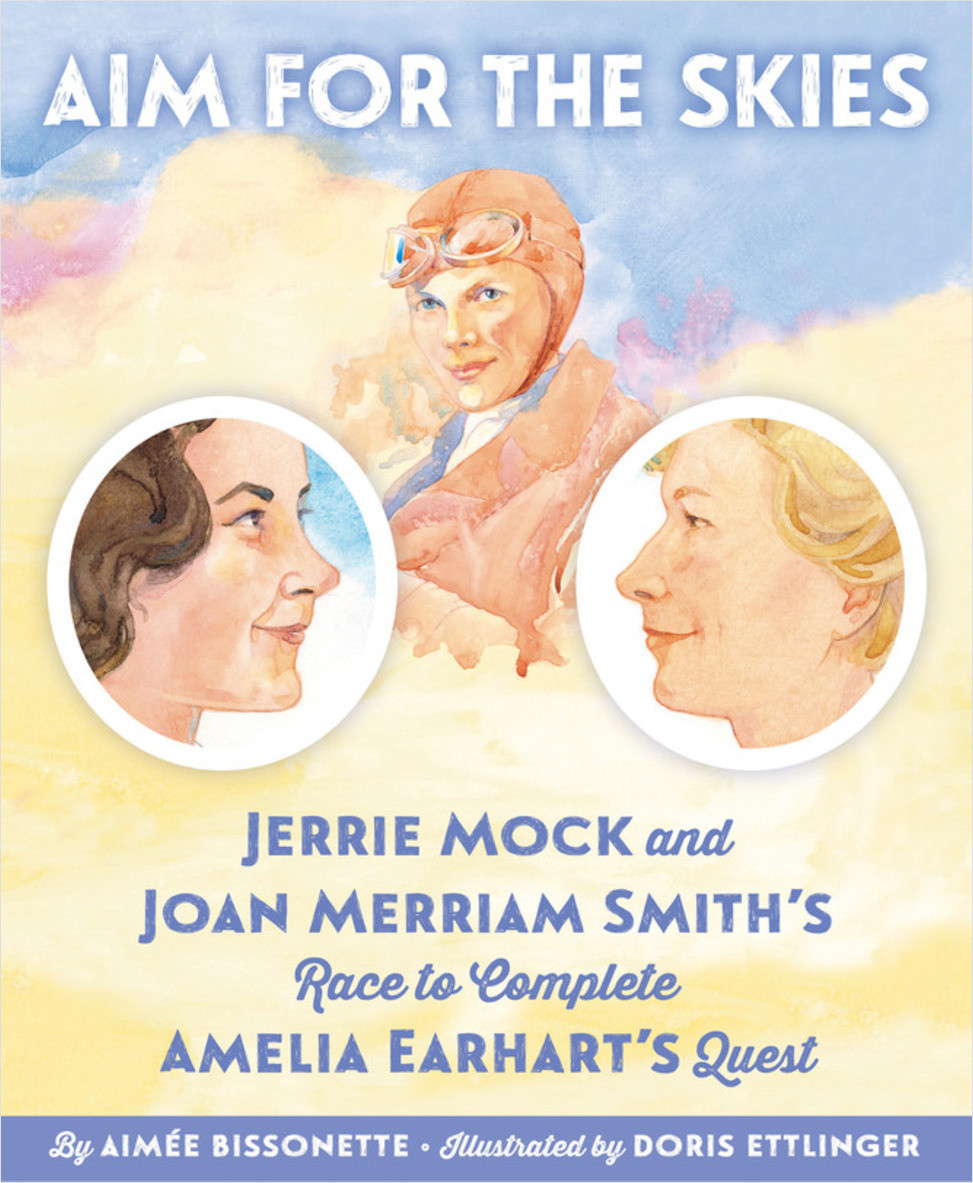 Aim for the Skies

When she was seven years old, Geraldine (Jerrie) Mock took her first airplane ride. She decided then and there to be a pilot. Growing up, she was inspired by radio broadcasts detailing the travels of aviatrix Amelia Earhart. Joan Merriam was 15 when she took her first plane ride in 1952. She got her pilot's license before she could even drive a car. And like Jerrie, Joan too was inspired by Earhart and wanted to circle the globe, following Earhart's exact route. Years later, when both women begin to plan their dream flights, they are completely unaware of each other, and coincidentally pick the same time to depart. But when the media gets word of their plans, the stage is set for the race of a lifetime. This picture book retells the extraordinary story of the 1964 air race between Americans Geraldine Mock and Joan Merriam Smith, the first two women to fly around the world.