William Anderson is delighted to write about South Dakota, where his ancestors pioneered in the 1880s. A century later, he helped restore Laura Ingalls Wilder’s South Dakota homes, and received the state’s Robinson Award for historical writing. His books include: Laura Ingalls Wilder: A Biography; River Boy: The Story of Mark Twain; and The World of the Trapp Family. In 2002 he was invited to Laura Bush’s White House conference on the frontier. M is for Mount Rushmore: A South Dakota Alphabet is his first book with Sleeping Bear Press.

As a speaker, William Anderson has traveled across America. But he says his favorite summers were spent in South Dakota. His home is in Michigan, where he teaches and writes. 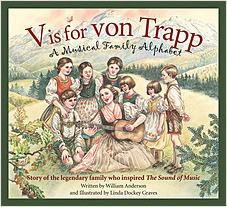 V is for Von Trapp: A Musical Family Alphabet 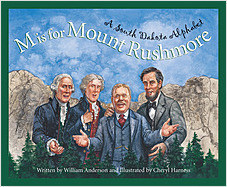 M is for Mount Rushmore: A South Dakota Alphabet